For this observation, I watched, "Mickey's Royal Friendship Fair." This took place at Disneyland and had two interpreters, a man and a woman. This is the second time I have watched a Disney video where the woman was one of the interpreters and I can't get over how well she gets into the part! Her attitude, facial expressions, and signing are all amazing to me! I also liked how the interpreters included some dancing with each other into the signing. Watching this video did leave me with one question, when is it considered 'okay' to switch hands when interpreting? I originally learned you should not do this, but I watched the man who was interpreting do it a few times to introduce different characters.

Every Monday I volunteer with a program called RAMP (Ready to Achieve Mentoring Program), where I am a mentor to high school students. We help the kids in coming up with an idea of what they want to do after high school whether that be getting a job, attending college or trade school, etc. It's a great experience and I really enjoy being able to help out. I will be attending every Monday this semester. Sidenote: I don't attach any pictures as my volunteering does take place at a school and I don't find it appropriate to take pictures.

Review: There was a team of 6 interpreters and they all portrayed different characters. When the characters got more tense, you could see that in the way the interpreters portrayed themselves too. It was nice to see the way they incorporated the name signs of the characters, so that way they didn't have to finger spell more than they have to.
Reflection: When the interpreters switched out, they sometimes did more than one character so they didn't have to sit down many times and switch interpreters, which was useful. I liked how they were paying attention to each other's signing and copying the actions of the characters.
Feedback: For the overall experience, this was my first time seeing a play in ASL and it was very eye-opening and there was a lot of tension in the characters and you can feel when the characters were getting mad or happy. Seeing the play in ASL helped me understand Hamlet better because in high school when I read it, it didn't make sense.

Review: There were 2 interpreters during the service. The first interpreter did the worship portion of the service. She signed very powerfully and she took the time in portraying the message of the songs that she performed. During the "intermission" between the worship and the sermon, there was another interpreter sitting in the chairs and she had a mini conversation with a Deaf individual about a question that he had.
Reflection: Moving on to the sermon, the next interpreter, when there was some interesting/technical words that came up, she took time to make sure she achieved a clear meaning, whether that meant 3 signs or 10. Also, when the pastor had some jokes to say, you could see the interpreter step into a comical sense with her signing. The sermon was about holy desire, and you could feel the interpreter tie into her emotions well to go along with the sermon.
Feedback: There was one question that I had during the service and I wasn't able to debrief with the interpreters after the service. The question is: how do I approach interpreting a joke/analogy? Because for me personally, it is hard for me to understand jokes the first time they are said, I am more of a literal person. So I would like to learn a good strategy with how to approach this.

I had a wonderful time observing the play "Hamlet" live since I was able to see all the interactions that would take place between the staff, interpreters, and audience/consumers. Unlike the other performing arts performance, I observed this one required more interpreters since there were more characters that was needed to be interpreted for. The interpreters showed great knowledge of the vocabulary needed for this setting and embodied the characters personalities very clear. I had an amazing time observing and I will definitely try to watch more performing arts interpreting in the future.

I have never watched or reviewed a phD defense before, so this was an educating and interesting experience to witness! The presentation was in relation to Deaf President Now, and how interpreters involve themselves in the community, and why they do so. I noticed how the presenters and audience signed, while there were two voice interpreters. They acted as a team, switching off and supporting one another if one of them did not know the sign for something. If there was a mistake in the voice interpretation, the interpreter would say "interpreter correction". 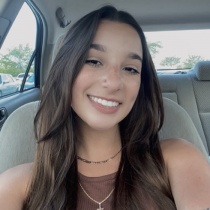 This took place at Comic-con in Dallas. I've never seen an interpreter deal with being approached and spoken to while interpreting for someone before. She was asked for her name while interpreting (she did not know he was speaking to her initially), signed her name-sign, and spoke aloud her name. They moved on fairly quickly after this interaction. The interpreter interprets his entire panel into ASL. John Barrowman incorporates ASL into his performance, and even has the entire audience applaud him in ASL. John Barrowman describes his audience as "a bunch of nerds who can take a joke", and emphasizes remaining lighthearted not only when acting but in life in general. I only have two questions regarding this video: What are interpreters supposed to do in situations when they are approached while interpreting for someone? Is this something that happens often?

The play being Shakespeare, the English was difficult to understand on its own. This had positives and negatives. When I was having trouble understanding some of the English, there were points I was watching the interpreters and understood them better. It was very interesting to see how only a few ( I think there were 4 total) interpreters did the entire show. It was also interesting how they didn't interpret everything like they didn't sign the background music or certain comments, little things that don't really contribute to the plot of the play.

I observed UNF's production of Hamlet. This performance had 5 interpreters who were all women, however, they were a part of a team that consisted of more people. I have seen Hamlet before, but not with interpreters, so I think it was a neat experience! I noticed the interpreters received feedback from their team as soon as they got off stage so they automatically knew what they did well and where they could improve. I also heard the interpreters laughing a little at the end of the show comparing the times they used a wrong sign by accident, this honestly made me feel a bit better and helped remind me that sometimes mistakes do happen, even if you are a professional. Observing the interpreters, I picked up on a few little things that really added to the signing. For example, when the ghost of King Hamlet appeared, he always breathed really heavily, and I noticed the interpreter included it in the signing. Along with that, there were times when a character was in distress and their voice would tremor, so when the interpreter signed, their body and hands shook. I noticed one or two interpreters had more stage time than the others and I wanted to know who/how they decided they would stay longer and interpret for what parts? In the end, I am really happy I got to watch this performance with ASL interpreters! 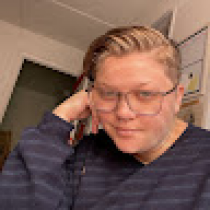 For this observation, I watched, "Micky's Soundsational Parade," which took place at Disneyland in California. The parade took place outside and there was a rope separating the two interpreters from the crowd. The interpreters were a man and a woman. The woman signed the more feminine parts while the man signed the more masculine parts. I feel like the male interpreter had a lot of fun getting into the different male characters. I noticed there were some signs they fingerspelled with both hands to add some emphasis like "MICKEY MOUSE," and "SUPERCALIFRAGILISTICEXPIALIDOCIOUS." I was a little shocked when the random man asked where something was located in the park during the middle of the performance. I loved watching the interpreters interact with the audience and it was a cool experience! 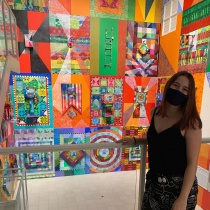 I had a lot of fun working with my sisters and the staff at the pantry packing up boxes of food and loading them into people's cars. It was a rewarding experience.

I watched, "The Frozen Sing-Along Celebration," and this observation was so adorable! One of my goals is to do theatrical interpreting so it was nice getting to observe one! This seemed to have taken place at Disney Land in California and the crowd was made up of mostly families with young children. There were two interpreters who seemed to be in their thirties. They had the man interpret the men's roles while the woman interpreted the women's roles. The woman had amazing facial expressions and was a fantastic signer! I thought it was neat when the main characters from the performance switched sides, so did the interpreters. I also noticed that when the speaker got quieter or louder, the signs got bigger and smaller. Overall, even though it was recorded, it was still a fantastic experience!